Is there peanut oil in vaccines?

Peanut oil is not referenced in any of the FDA-approved vaccine package inserts.

Some claim that because the 1964 NY Times article points out that "The new vaccine is still under study and is not yet licensed for general use" - it therefore must be that peanut oil was never used in vaccines.

What we don't know

We don't know if any of the referencing patents make use of peanut oil and have ever been used in a US licensed vaccine.

Another reason its not possible to say with confidence that peanut oil is not and never has been in a US licensed vaccine is that some ingredients are trade secrets and kept confidential. The FDA does not require vaccine manufacturers to make public every ingredient in a vaccine - some may be kept secret. This is documented on page 71 and page 77 of the 6th edition of the textbook Vaccines by Plotkin, Orenstein and Offit: 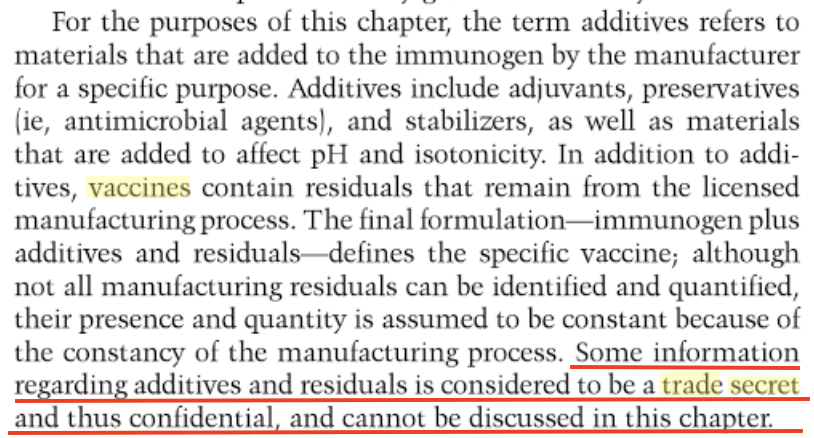 What can you do about this?

Become a VaxCalc subscriber and be part of a growing community who make our own informed choices, taking into account our values, religious beliefs and personal preferences.